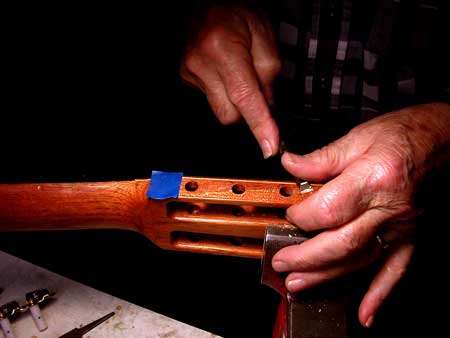 For a musician, the instrument is their musical voice.

The guitar I choose to use for concerts or recordings has to produce all the tonal variation, volume range and musical finesse that I ask of it.
I love trying out guitars and have spent many happy hours in workshops with guitar makers discussing the relative merits of different woods or construction methods.

As a young guitarist, I started on a 19th century guitar that my father had given to my mother, perhaps before they were married.

Sadly that guitar was stolen, but here is a guitar I have of a similar period (although not as good as the one I learnt on).

I had several other guitars as a student that were not so special, except one made in Mallorca by George Bowden. Unfortunately, I lost track of that guitar after selling it to a pupil in London.

I was fortunate to win a guitar in the Ramirez guitar competition and that instrument became my best musical instrument for some time. It is a beautiful José Ramírez guitar and has been on loan to other guitarists for many years. Recently I got it back and often enjoy practicing on it. 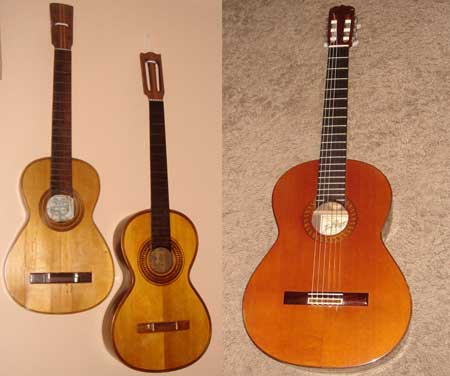 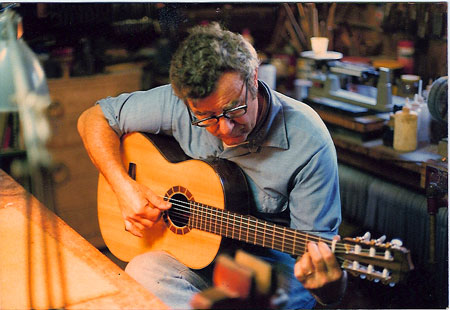 On the right: John Gilbert playing his guitar.

In 1976 I toured for the first time in the USA and met John Gilbert. He was not very well known at that time, but I enjoyed the bright strong sound of his guitars and the next time I went back to San Francisco, I started playing on his guitars.

The John Gilbert guitar on the right is the one I used to record a double CD of the complete works by Tárrega. I also used this guitar for a CD of music by Barrios.
The one on the left I used to record two CDs that are on the GHA label, with baroque music and 19th century music.I played on a guitar by Greg Byers for a time and used it on a recording of music by Tórroba.

This article starts with a nice photo of John working on one of my guitars. John made many great instruments for me.

I played on a guitar by Greg Byers for a time and used it on a recording of music by Tórroba.

I now play on a guitar by Matthias Dammann. He makes beautiful sounding instruments and most of the recordings and concerts I have played in the last ten years have been on his guitars. 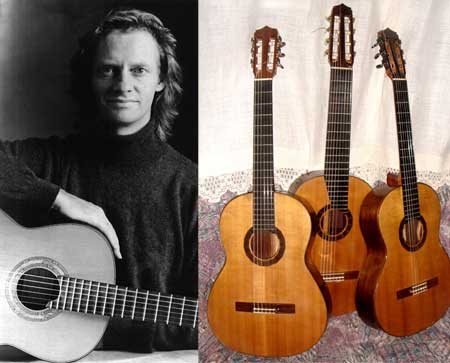 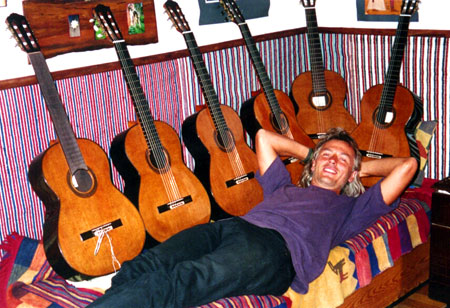 On the right: Matthias Dammann with some of his guitars.

Here is a nice photo of Matthias and some of his guitars. (One of them is mine, I don’t know which one.)

All the CDs I have made with TELARC during the last ten years have been with guitars by Dammann. I have used four different guitars (not all my own) for the recordings. 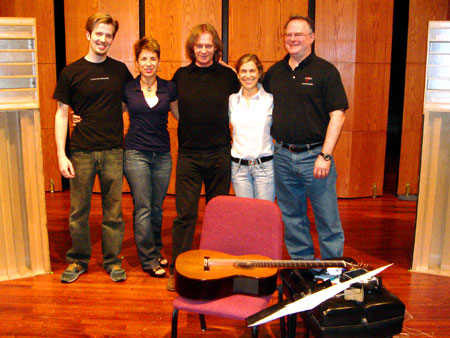