Sandy and Phyllis were a wonderful couple.
They both passed away in 2011 and we will miss them dearly.
Although we knew Sandy and Phyllis for less than a decade, we grew very fond of them and we felt all along as if our friendship went many years back. 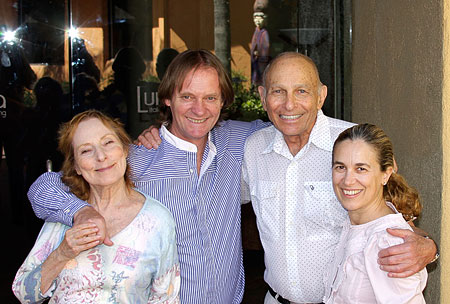 They came to Tucson from New Jersey and their second home in Tucson was becoming more and more important in the last few years.
They made a very significant contribution to the University of Arizona, ensuring the continuity of the guitar department and also attaching David to the university as an Artist in Residence for life. Our deepest gratitude for their generosity. 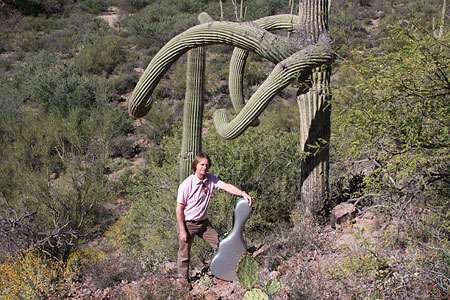 When Phyllis passed away early in 2011, Sandy was left alone after nearly 60 years of marriage. Knowing that he didn't have a long life ahead of him, we wanted to make him happy. We had long talks with him, encouraging him to think of things that would excite him or would make him happy. During one of these conversations in the living room of Tom Patterson's home (the head of the guitar department in Tucson), David took out the guitar from its case and started playing "Granada" by Albéniz, one of Sandy's favorite pieces. He suddenly stopped talking, was tearful for a few minutes, held my hand (María's) and, when the piece finished he said: "You wanted to know what really makes me happy? This makes me happy". So David played for him in the few opportunities we were together afterwards.

In the following months we communicated via email frequently and Sandy eventually mentioned that he would love to do a long trip somewhere and that he would also like to visit us in Spain. We offered to travel with him wherever he felt like going. Unfortunately, this journey wasn't to be, as he passed away before we could make it possible.

Here is our small tribute to two friends, Sandy and Phyllis, who will be in our hearts forever.